Every Person, Every Time 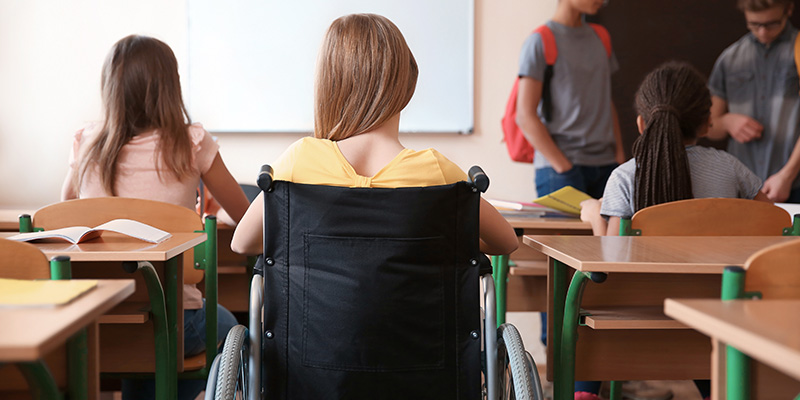 It seems fair to say that most organizations have a basic evacuation plan. Building and safety codes require marked emergency exits, most schools and offices have designated assembly areas, and many if not all of them run drills to practice every year. The larger the organization, the more detailed, documented, and practiced their evacuation plans tend to be. It can be easy though, despite the best of intentions, to forget that some individuals will struggle to follow the evacuation plan because of mobility issues. Whether they’re in a wheelchair, crutches, extremely obese, or sometimes even because they’re pregnant, they may have a hard time moving quickly or navigating stairs on their own.

In the last several years, several incidents have led to high-profile public disputes about the quality of evacuation accommodations for those who are not able to use emergency stairs during an emergency situation. Sometimes these lead to positive change. Other times they create a PR headache. Occasionally, they instigate legal action seeking substantial damages. In all cases, however, it’s about a person who needs help and we should always be attentive to their need in an emergency.

It’s hard to believe, but there are times when the government has been effective in responding to the needs of citizens. In Maryland, one mother wanted better protection for her wheelchair-bound daughter in the event of an evacuation. After trying and failing to make changes at the individual school, she took things to her state representative and a few months later, the state of Maryland passed a new law requiring schools to update their evacuation plans and add detail to how they will evacuate people with mobility issues. The legislation leaves the specifics up to the schools and districts, but it boils down to the fact that all schools will need some sort of device, like an Evacusafe Excel Chair, available.

California also passed a law in 2018 related to emergency plans in elderly residential care facilities. In that law, the state modified its Health & Safety Code Section 1569.695 Part F to require an evacuation chair at each stairwell. In response, organizations like the California Assisted Living Association, the CALA, also made changes to their policies to be more cognizant of mobility impaired individuals. Residents in CALA facilities will now be safer in the event of an emergency evacuation.

When a Rescue Sheet Isn’t Enough

Evacusafe US has a wide range of evacuation products to cover the myriad situations that may arise. A hospital or health clinic may only need a simple rescue sheet like the EvacSHEET, to move patients, with their mattress, to a safe location. But when a patient or a student is in a wheelchair and cannot sit up on their own, like one young woman in Texas, it’s not best practice to leave the person on the ground indefinitely. It’s better to have an evacuation chair like the Standard Chair or the Excel Chair. These options allow the person to remain seated and come equipped with a three-point harness to keep the evacuee upright until they can be reunited with their own chair.

All parents want to know that their children are being protected while at school. Unfortunately, at a high school in New Jersey, one family did not feel that adequate safety measures were in place. While the actual events are not clear, a student’s parents allege that their handicapped child was left un-attended and un-evacuated during what was either a fire drill or an actual evacuation situation. We certainly hope that this was not the case. We wouldn’t want any child left in that situation. And even if there wasn’t a real fire, the school’s evacuation procedure and preparedness did not appear to be substantial enough to avoid this kind of public dispute.

A school with an air-tight evacuation procedure and the proper equipment in place would have been positioned much better to handle an emergency, simulated or real. Unfortunately for everyone involved, the family is considering further legal action. It just goes to show that even the appearance of negligence could cost you a great deal in legal expense and frustration. Actual negligence, on the other hand, could cost a life.

Both Money and Lives are At Stake

Occasionally, concerned citizens, organizations, and governments can’t find a way to resolve these sorts of disputes and it turns into real legal action. In New York, a disabled girl was left in an upper floor of her high school during a fire emergency. According to the suit, the girl was not placed in an area that could be evacuated and no one came to retrieve her. Fortunately, the fire was quickly contained and was not in harm’s way. But if the fire had been more serious, she could have died because of this gap in either the school’s evacuation plan or in following the plan perfectly. As a result, the girl and her family sought fees, costs, and damages in excess of $26 million.

It’s difficult to be prepared for every conceivable emergency. There will always be surprises. Mobility, however, is something you can think about ahead of time. Gather a list of every student or employee in your care and consider if they can walk to an exit and navigate stairs. This simple exercise can shed light on where your plan may need modification and what kinds of extra equipment or hands-on help will be required. We must not forget that many students, employees, neighbors, and friends, cannot get themselves out of a building because of mobility impairments. Let’s make sure we remember them, and we create specific policies and plans to help them, rather than assume it will be handled on the fly once an emergency evacuation is already in progress.